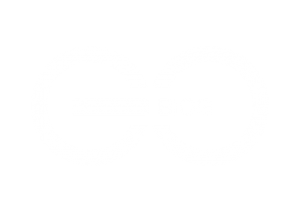 Introduction: Epitomising trance music’s energy in both approach and output, Italy’s Giuseppe Ottaviani has long been recognised as one of the genre’s most prodigious and prolific merchants. From his earliest studio work (as the engine behind NU NRG), through to his latter-day output under his own name, he’s become synonymous with preeminent trance. Over the last decade the three updates he has given his pioneering club-becomes-studio Giuseppe Ottaviani Live concept has rewritten the book on what a DJ ‘does’. Through them he has brought a unique dynamic to many of the world’s best-known electronic music festivals and arena shows – Tomorrowland, Dreamstate, EDC, ASOT and Transmission amongst them. Feeding these performances is a career-long procession of club hits, of which ‘Linking People’, ‘Through Your Eyes’, ‘Ready’, ‘Angel’ and ‘No More Alone’ are but a few. Giuseppe’s remains both contemporary and scene-omnipotent with of-late solo productions like ‘8K’, ‘Tranceland’, ‘Moscow River’, ‘Time Shift’ and others continuing to win trance hearts & minds. In the summer of 2019, through his fourth longplayer, Giuseppe fundamentally changed the album game, breaking the producer/audience barrier with his critically acclaimed ‘Evolver’.

Productions: Giuseppe has long favoured the production-based route to his electronic music career. Drawing on seemingly limitless reserves of inspiration & passion, it’s catalysed by his drive to create, experiment and challenge the industry’s customs. Along the way it has seen him amass a substantial discography, now comprised of close to 80 productions and 60+ remixes. He is now probably most readily associated with his output though Black Hole Recordings, while also releasing works through Armada, FSOE, Subculture and his own GO Recordings label.

The Albums: Evolver (2019): over and above his first three, ‘Evolver’ – Giuseppe’s most recent artist album ushered in a sea change in its production approach. Through it Ottaviani sought to break through the wall that separates what an artist does in-studio and what a live audience sees & hears. Powered by his Guiseppe Ottaviani Live set-up, the essence of each of its tracks was born in-club, as Ottaviani keyboard or hardware jammed them to life. For the first time vocal and collaboration free, the album’s first three singles (‘Panama’, ‘Tranceland’ & ‘8K’) daisy-chained a string of successive Beatport #1s. The album drew wide praise for its unusual approach, including from MIXMAG magazine, who (in giving it 9/10) said: “What began as simple improvisation ended in Giuseppe Ottaviani completely revamping his creative process”. Further they suggested that: “given that the entire writing process was more-or-less done on the dancefloor, ‘Evolver’ is an inherently club-ready album that packs heat”.

ALMA (2016): released in September of 2016, ‘ALMA’ (the Spanish world for ‘soul’) opened the third album chapter in Giuseppe’s career. Featuring studio team-ups with Paul van Dyk, Christian Burns, Sue McLaren, Eric Lumiere and others, it again broadened Giuseppe’s audience. DJ Mag noted it as being a “more multifarious album” than ‘Magenta’, while Dancing Astronaut recognised it for “featuring personal pieces” from Giuseppe. On it’s release, Giuseppe stated: “ALMA comes from deep inside and draws on memories from my childhood; times when I was not listening to one, but many types of music”.

Magenta (2013): for the follow-up to his 2009 debut album, Giuseppe drew inspiration from the concept of colour theory, channelling the attributes of magenta into his music. With its first single – the Eric Lumiere-vocalled ‘Love Will Bring It All Around’, the album bore immediate fruit. Taking Armin van Buuren’s Tune of the Week on A State of Trance, the singles also brought commendations from the dance press. Notably, ‘Magenta’ also carried first-time G.O. co-productions with Ferry Corsten and Aly & Fila, as well as vocal pairings with Audrey Gallagher, Linnea Schössow and others.

GO! (2009): Giuseppe planted his first album marker with the release of the long-player, ‘GO!’. It was the dais for 14 tracks (including the significant club hits like ‘’No More Alone’, Angel and ‘Our Dimension’). The album became the foundation block for long-lasting production associations with musicians like John O’Callaghan and others.
Remixes: Giuseppe boasts a remixography second to few. He has lent his ebullient, signature sound to releases from Armin, Paul van Dyk, Ferry Corsten, Markus Schulz, Gareth Emery, Aly & Fila, John O’Callaghan and a dozen other first-tier names. Most recently Giuseppe has reworked Armin van Buuren & Avian Grads Feat. Jordan Shaw’s ‘Something Real’ and the Ascension classic ‘Someone’ for Armind.

Giuseppe Ottaviani Live, 2.0 & 3.0: Drawing on his vast track repertoire and love of live performance, Giuseppe found himself in the position of being able to pivot from the traditional mixer/turntables DJ set-up. In 2006, he unveiled Giuseppe Ottaviani Live!, the concept providing for a more ‘club-concert’ audience experience. An instant draw for electronic music lovers the planet over, it also proved an inspiration to other DJ/producers.

Having changed electronic music’s live performance game twice, 2020 saw Giuseppe do it again. Using his Live 2.0’s ‘studio-in-a-suitcase’, between 2017 and 2019 the Italian created the music (ultimately destined for his 2019-released ‘Evolver’ album) in-club, real time. In 2020 he revamped the set-up again, advancing it to give himself near limitless control over each & every sound he delivers. To do this, Giuseppe’s rethought the concept from the audience’s standpoint adding – amongst other elements – a striking lighting/visual aesthetic. Speaking ahead its launch at ASOT950 in February of 2020, he said: “with 2.0 people couldn’t see me play its keyboard component as it was desk level and within the box. With 3.0 the two keyboards and the drum machine are raised up high, which naturally brings a far greater connection between what the audience sees and what the audience hears”.

Compilations: Ottaviani has been a regular compilation mixer. Having started with ‘VANDIT – The Sessions 4’ in 2007, he went on to mix one of the long-running Techno Club editions in 2009, and most recently contributed discs to the ‘Pure Trance V2’ and ‘F15teen Years Of Goodgreef’ releases. In 2011 he began his own series. Working in sound partnership with his then radio show (see below), ‘GO ON AIR’ was released in 2011, with a second edition following in 2014.

GO Music: In 2017 Giuseppe’s Go On Air Recordings imprint was superceeded by GO Music, with the new label following the footsteps of it’s owner closer than most. Sidestepping the traditional demos-in approach, Giuseppe outreaches regularly to his favourite producers – both rising talent and established, inviting them to record for GO Music. Over the last two years this has seen artists including Bryan Kearney, Driftmoon, Activa and Factor B release their music through the label, as well as newer names like Nikolauss & Starpicker, Alessandra Roncone & Maria Healy

The Giuseppe Ottaviani Producer Masterclass: In June of 2020, Giuseppe began work on his Producer Masterclass – a fully formed online modular learning deck for music producers. Designed to be undertaken either progressively, step-by-step or in a jump-right-in manner, it allowed producers at all levels to gain knowledge and rapid results from its techniques.

Giuseppe’s grouped the course into nine chapters, comprising of over one hundred individual videos, which run over 17 Masterclass hours. In them he discusses initial inspirations and how to approach the fundamental aspects of track composition. He also shares his experience in mixing and mastering, whilst giving insights into his arguably peerless work approach. At its launch, Giuseppe expressed that his greatest aspiration for it was to help producers release music professionally.
Since its launch, the Producer Masterclass group has grown to nearly 500 members, with six achieving their debut releases through GO Music inside its first twelve months. Such was the success of the project that Giuseppe elected to launch the Masterclass Community within the platform. This, in essence, added a social network aspect, allowing producer members to interact, exchange tips & thoughts and inspire possible future collaborations.